While looking at the stories of churches that have contemplated the possibility of closing their doors and ending life as they have known it, I am struck with how many of their stories fit into the season of Lent, Holy Week, and Easter. These congregations face the possibility of death head on—with the accompanying dynamics of fear, mistrust, denial, betrayal, guilt, posturing, and hope. Just as Jesus set his face toward Jerusalem and spoke openly with his disciples about his impending death, these churches pull back the curtain of silence and denial to consider the possibility of dying with dignity, closing with compassion, ending with strength, and sometimes even transitioning into new life.

When Father Thomas Murphy became bishop of the Roman Catholic Diocese of Great Falls-Billings in Montana, he inherited a number of small, struggling, mission outposts that had been created across the years to serve outlying communities of miners, farmers, and ranchers. He saw the need to close these missions but did not want to impose a decision upon them that would destroy their spirit. He invited several sisters from the Sisters of Charity of the Blessed Virgin Mary, whose motherhouse was located in Dubuque, Iowa, to come to the diocese and serve as pastoral administrators of small parishes. He also assigned them to lead several of the struggling missions in order to help those churches explore their future, which could include the option of closing. If they were to close, Bishop Murphy wanted them to end with hope.

Sister Deanna Carr was assigned to three outposts near Great Falls: the missions of St. Francis Xavier in Eden, St. Paul in Sand Coulee, and Saints Cyril and Methodius Church in Stockett. The church and missions had originally been established to serve Eastern Europeans who had come to Montana to work in the mines. But those mines were long since gone, and now the area was impoverished, with the remaining population trying to eke out an existence from small farms and a few livestock. Their churches were surely walking in the valley of the shadow of death.

Sister Deanna patiently began to initiate conversations about the future of the missions and parish at a number of levels, both informal and formal. She created an environment where people could talk freely without being judged. People did have creative ideas. She allowed those ideas to surface as members attempted to move toward consensus. She wanted them to own the decision they would eventually make by collaborative sharing and thinking rather than by reacting to an imposed edict from the outside.

Parishioners realized that closing a church would call for a great deal of letting go. They were deeply attached to their building and its contents, for which they had given and worked across the years. Father Ted Szudera, who currently serves as priest to Holy Trinity parish, has listened to people converse about those former days of hard decision making. He says that they organize their stories around one word that always comes up—sacrifice. They knew the names of people who had given the pews, altar rails, statues, and specific fixtures. A favorite uncle may have created a handiwork that was important to all.

So how did these three faith communities come to eventually give up their preciously held identities and investments of time and money they had each made over the years? Sister Deanna points to three factors: (1) The people were down to earth and practical in nature. They did not try to put on airs to impress each other or the other churches. They were plainspoken folks who could discern the obvious, given their declining numbers. (2) The diocese had a shortage of priests, and the people’s needs were not adequately being met. (3) The process of considering their future was greatly enhanced by the presence of a retired priest, Father Martin Werner. Whereas Sister Deanna, who led the conversations, was considered an outsider, Father Werner was the consummate insider, and the bishop had requested that he sit in on the deliberations. Everyone knew him and loved him. He employed a charming sense of humor, which became a real gift when matters became tense. He blessed their explorations and eventual conclusions.

Many informal conversations took place in local settings. And formal conversations took place with Father Werner and Sister Deanna present in a newly organized parish council, which offered a gracious space where people from all three communities could struggle together. They were able to t­­­ell and recite their unique stories. Issues common to all three communities were exchanged and considered at that table. Any eventual outcome and future relationship would need to be based on a deepening trust. Father Ted reports that years after the birth of the new parish, strong and effective pastoral parish council and finance council systems continue to function—legacies of those days of working together in trust building through the bonds of faith, hope, and love.

Facing the closure of three historic churches led them down a difficult path with Good Friday—type dynamics. But the council and three faith communities also came to rest in an Easter hope. They generated new visions for a common future. They decided to close all three churches and to establish a single new parish in Centerville, directly across from a school.

The new parish needed a name, and they discerned that as well. It would be Holy Trinity Parish in Centerville. Selecting Trinity as a name seemed obvious due to the fact that the people were drawn from three worship points. But the significance of the name Trinity surfaced from a well of deep spiritual water. While telling their stories, they affirmed that they were founded by a loving, creating God. They had been fed and nurtured across the years by the grace of Christ, and they yearned for a new common life empowered by the Spirit.

Although after the new parish was created, they met in a gymnasium for Sunday worship, the heart of their spiritual life centered in the eucharistic chapel, which housed the tabernacle of the Blessed Sacrament and was the locus for daily prayer. That chapel also housed the icon around which their life centered—the icon of the Trinity. That icon presents Abraham welcoming the strangers, a familiar story to Roman Catholic adherents.

The most visible demonstration of the three parishes’ deaths and their resurrection as Holy Trinity Parish occurred when they took the three church bells from the former missions, assembled them in a tower, and raised them together. The three bells could have been melted and recast into one new bell, but each bell was allowed to peal its distinct tone and contribute to a miraculously harmonious blend. Trinity resonates through the new church.

The Wisdom of the Seasons: How the Church Year Helps Us Understand Our Congregational Stories
by Charles M. Olsen

The church year is often seen as a framework for church programs, but well-known Alban author Charles Olsen shows readers how it can be a prism through which congregations more deeply understand their own stories. By weaving together our narratives and those of Christian tradition, a congregation can clarify its identity, grow in wisdom, and discover a new vision for ministry.

Ending with Hope: A Resource for Closing Congregations
by Beth Ann Gaede, Editor

Can Our Church Live? Redeveloping Congregations in Decline
by Alice Mann

Nothing on earth lives forever—not even congregations. Alban Institute senior consultant Alice Mann explains how the natural life cycle of a congregation, as well as other internal and external factors, can produce a congregation that is in real trouble. She then offers hope for congregations that want to change. Practical options for congregations, leadership challenges for laity and clergy, and ways to work with denominations are detailed, and engaging discussion questions provide a basis for congregational planning.

Leading from the Table
by Paul Galbreath

Developing leadership skills that connect the congregation’s eucharistic practice to the life and work of the church is essential to moving toward unity within congregations, denominations, and throughout the church. This book is a series of reflections about the way the prayer at the communion table provides a pattern for our lives. The goal is to shift our understanding of table prayer from a formula led by the pastor to a road map that highlights intersections between the practices at the table and the daily practices in the life of the community.

Time is running out to register for four short-term learning opportunities coming up between now and mid-May: 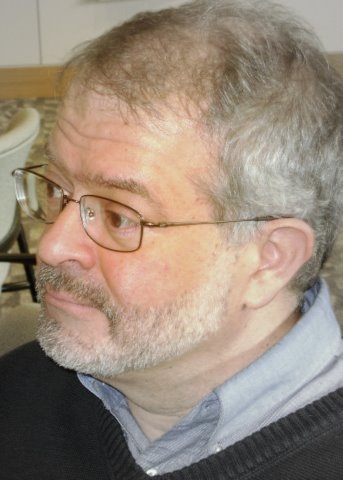 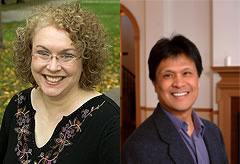 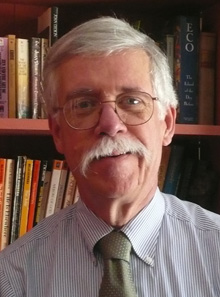 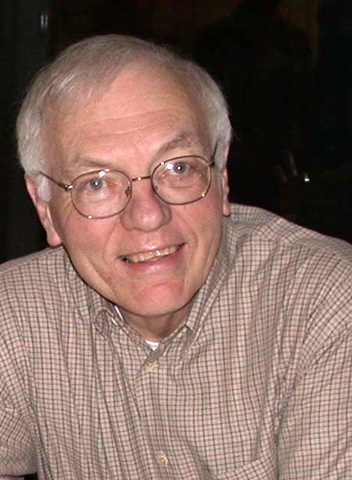 Why Can’t We Just Get Down to Business: Boards and Committees as Communities of Spiritual leaders,  one-hour webinar
Wednesday, May 11, 2011 (two different time options)
Presenter: Don Zimmer, Alban author